I suppose one of the things that bothered me the most was the fact that I had never spoken to Julie, nor expressed my gratitude to her. For months, I had watched her work. I had even looked into her eyes, but we had never spoken. The next Friday, February 16th, I decided it was time to say something. I wasn’t going to be allowed to attend the taping, but at least I knew where Julie would be.

That Friday morning, I had classes, first tennis and then speech. After giving my speech, I was on the way back to my seat when the teacher, Mrs. Pauchan, stopped me and told me to go back up onstage. She began to ask me a series of questions about the play, the speech I gave, was from. She also asked me about the character, and though I was uncertain about some of the answers, she insisted I answer all the questions. I was up there on stage for a long time.

After class was over, a girl stopped me and told me not to be so frightened.

“You’re good,” she said. “You are better than the girl who was up there before you and she is a professional actress, who has done Shakespeare. She is way too sure of herself. I don’t know if you have worked or if you just have talent, but there is something special about you. What you were saying came across to me.”

I was stunned. It has been such a long time since I received any encouragement (other than the encouragement my singing teacher gave me). At school, I hadn’t heard anything to justify my feeling that I could be a great actress. After my classmate finished speaking to me, I went outside. While I was standing there, the professional actress came over to me and said, “The teacher really liked you.” Again, I was surprised, because Mrs. Pauchan had really grilled me.

Now that I was finished with my classes for the day, I went home and worked on a letter to Julie. I really wanted to thank her for all the inspiration she had given me, but it wasn’t easy for me to express myself. Even on paper I felt tongue-tied. Later I noted that “I was afraid I devoted a little too much time on how the studio was home to me.” After finishing the letter, I ate my lunch—a piece of apple pie and washed my hair. 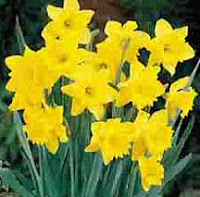 I bought Julie a bunch of yellow daffodils and went to the studio. As I handed the daffodils and my note to the page, I was so nervous my hands were shaking.  Still, I said cheerfully,

“Will you give these to Julie?”

“Sure,” he said, but I didn’t think he sounded convincing.

“Or give them to Sharri or to give to Julie,” I added.

It seemed strange to be eating dinner on a Friday night at the residence, rather than at the studio.

In the evening, Vivian called me on the payphone outside my room. She was lonely, and said she wished she was at the studio with Julie. She said she had called Carol and pleaded with her so hard to go to the taping that she began to cry. Still, Carol said, ‘No’ she couldn’t come.

Then, Vivian’s mother called Bill Harbach right inside the studio. She said she could hear Julie singing in the background. She told him it wasn’t fair if other people and their guests got onto a strictly closed set when her daughter couldn’t, and she hadn’t caused any trouble.

Bill told her that the first of the year “the important people working on the show (not Julie),” had a meeting and decided that we girls couldn’t come anymore because they didn’t want probation officers and parents calling the studio. And they all had agreed to keep the rule. Much later, I would be told there were strict rules about having minors present on the set. (Of course, I wasn't a minor, but I was seen as part of the group and no one believed I was over 18.)

When Vivian’s mother told him how Claire Priest and a camera man’s wife brought people in, she said Bill really got “riled up.”  He told her he would keep an eye out and personally “kick out” anyone he saw.
Vivian talked to me about an hour and a half. She wanted me to come over and go to a fashion the next day (Saturday), but later I called her back and said I couldn’t. I was going back to .

February 17 - Saturday
In the morning, I cleaned my room and then took the bus back to . The ride on the bus made me feel rather ill.

In the evening, I watched Julie’s show with the Muppets, Sergio Franchi and Sandy Duncan. I thought it was terribly good. My two year-old brother, John, danced to Julie’s opening number. It’s funny but when I used to have a front seat for the taping, everything looked terrible on TV. Now, after having to sit in the back, it looks wonderful.

John adored the Muppets and Julie was so cute with them. I noticed that when she was dancing with Thog, she kept looking to the side. She was probably trying to see Emma’s reaction to her dance with this huge creature. Her songs with Sergio Franchi were as good as any of her best shows – beautiful.

February 20 - Tuesday
On this day I went to inquire about a cleaning job, working for an 84 year-old lady who speaks seven languages. Her son came to interview me and said he thought they would take me. I would be paid for ten hours a week. My only thought, as noted in my diary, was this:

“Now I can buy Julie’s new record album, “The World of Julie Andrews” and listen to her lovely voice forever.” I wanted to hear her in-person, but I knew that was probably not going to be possible.

February 21 - Wednesday
I started my job today for the 84 year old woman today, but when I got to her area, I realized I had forgotten her address, so I had to call my roommate Lynn from a “posh plaza” for the number.  The lady has a small, nice place near the Ambassador Hotel. She is very nice and keeps hopping out of bed to talk to me.

On this day, I cleaned the kitchen. Her daughter-in-law explained what I should do. The lady seemed a bit like a grandmother to me, after having lost my own grandmother. When I was leaving, she took my face in her hands and kissed me. When I told my mother what I was doing, she didn’t seem too happy about me working-cleaning, but then I didn’t think she would be.


By the next day, February 22nd, I was feeling very tired and all the bones in my face ached. “I can feel a fever is burning inside, though there is none outside,” I wrote.

In recent days, I had finally gotten in touch with my singing teacher, Mr. Loring. My state of mind was such that I felt no one wanted me and that included Mr. Loring. I was worried he wouldn’t want to keep me on. So on this day, despite feeling very sick, I went ahead and had my lesson. Mr. Loring taped me singing, “Who Cares?” I thought I sounded sorrowful, but he said I did very well.

After my lesson, I went down and bought some more Binaca (what Julie used). Then, I searched for record albums at a place on that sold them very cheaply. I made a list of the ones I wanted, all for $1.98 each: (starring Katharine Hepburn), Star and Judy’s Portrait in Song.  Then, I bought The World of Julie Andrews, a two-record album.  I thought it should have been called “Julie’s Portrait in Song” because it contained her sentimental, silly and happy songs---all sides of her.

That night I couldn’t sleep, and when I finally fell asleep, I dreamt about Julie. Vivian, Patty and I were all there in a park with some very small very small children and Julie. We had a wonderful, happy, laughing time.
By the next day, February 23, I was so sick, I stayed in bed all day. Late in the afternoon, I went down and bought a copy of “The World of Julie Andrews” record for Vivian. She had called and asked me to buy her a copy as well.

Later in the day, I went to work at the lady’s apartment. On the way to the lady's apartment, I bought her some milk and then walked through a lovely rose garden on the grounds of  the Ambassador Hotel. That was the first time I had ever seen it, though I knew of the famed Cocoanut Grove, which was inside the hotel. That was a place that all the film stars went and where many great talents, including Judy Garland, had played. Even my mother had dreamed of working there.  [The Ambassador Hotel has since been razed.]

In the evening, Vivian and I spoke again. She told me that the first time she met Jenny Edwards was during the show with Don Rickles. He kept teasing Jenny about the way she and Julie had performed and run around in Blake’s documentary, and Jenny seemed very embarrassed by his comments.

All week I had been saying, ‘everything will be fine when Friday comes and I see Julie again’ but as Friday approached, it was clear this was not going to happen. Friday I was told the show would be taped on a closed set, so I could not go.

Meanwhile, I bombarded myself over the faults in my letter and despaired over the fact that I would never go to ABC again.

Looking back, I can see so clearly that should simply have been concentrating on school and my art, but I was distracted and confused by all I had experienced.  “Only two more shows and my dreams and hopes fall apart.” Yes, there were so many unspoken emotions within me and no way to express them that I fell into “a great depression.”

On Friday I was so ill, I skipped school and told my mother I was too ill to come home. I slept all morning, but in the late afternoon, I went to work and cleaned out the lady’s refrigerator.

Coming Next:  An Interview with Musical Director, Ian Fraser

All photos are for entertainment purposes only.

For a complete list of The Julie Andrews Hour blogs, with links to this site, please visit:

Posted by Michelle Russell at 8:09 PM