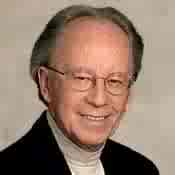 In the summer of 1972, as Julie Andrews prepared for her new television series, she was inspired to write the some music which she thought might make a good theme for her new show. Every star with a television variety show usually had a closing theme song.

When Julie’s good friend, lyricist Leslie Bricusse came to visit, Julie asked for his opinion of her music. He liked it. In response, he wrote some lyrics for the ‘song,’ calling it, “Time Is My Friend.”

Now, Julie needed someone to write an arrangement of her new song. Although in my interview with Ian Fraser, he did not say Leslie Bricusse was the one who suggested him for the job, his credits seems to point to that fact. In 1965, Ian Fraser was the vocal supervisor for Bricusse’s Doctor Doolittle. Then, in 1970 Leslie Bricusse wrote both words and music for the musical version of Charles Dicken’s classic, Scrooge. Ian Fraser arranged and conducted the music for this film and both men were nominated for Academy Awards that year. Thus, it seems fairly clear that Bricusse was the one who suggested Fraser as an excellent person to arrange Julie’s new song.

Julie loved Ian’s work, and after he completed the arrangement for “Time Is My Friend,” she said “I’d like you to work with me.” At that point, he already had another job lined up in , so he told her he couldn’t do it. But as fate would have it, the job was cancelled, and he accepted Julie’s offer. Soon, Ian Fraser was hard at work as a member of the creative team on The Julie Andrews Hour, working under the musical direction of Nelson Riddle.

During the 24 episodes of The Julie Andrews Hour, at least a part of Julie's “Time Is My Friend” (if not all) was sung as the closing number for the majority of the shows.

Born and raised in , as a young man, Ian Fraser joined the Royal Artilliary Band and Orchestra where he performed as solo concert pianist, harpist and percussionist. After five years service, Mr. Fraser joined the London night life, playing in some of the city's finest night clubs. He found work in theater and television as well, and after a time, expanded his talents to music arranger.

Working for Decca Records, Mr. Fraser became acquainted with Anthony Newley, who was pleased with his work and eventually hired him as arranger and musical director for what would be his greatest hit show, Stop the World, I Want to Get Off.  In 1962, Ian Fraser came to with the show. After that, he made the his home.

Working on The Julie Andrews Hour, Fraser recalls that the weeks were intense. They taped for three weeks (3 shows) in a row and then took a week off. Taping the shows  two weeks ahead of the air dates, allowed for some breaks and took some of the pressure off, but not much. Although the weeks when they had no shows were meant to give them some breathing time before the next onslaught of work, according to Ian, he really never had a week off during the time the series ran.

Every week there were big production meetings where they learned who the guests would be and what the theme was for the next show. The songs were then chosen according to the theme. Once they knew what the songs would be, Ian went to work, laying out the vocal arrangements for the show.

About The Julie Andrews Hour, Mr. Fraser says, “It was really an amazing operation.” Week after week, the crew and the stars created great shows, with everything running like clockwork.

On Mondays, Nelson Riddle would meet a team of arrangers over lunch. There they would discuss the plans for the week. By that same day, the music for the dance numbers would be all laid out, so that Tony Charmoli and his dancers could go to work and be ready for the final rehearsal on Thursday.

Ian got his assignments on Monday and a day and a half later, Wednesday, at two or three in the afternoon, all the musicians and the back-up singers met at the RCA recording studios to lay down the tracks. Then, late in the afternoon, Julie and her guests would join them at the studio to lay down the vocal tracks. They often worked past to get everything just right. Ian was at RCA all day, and then, generally, all night, working on the mixing.

Wednesday night, all the recording and the mixing (with voices, instruments and back-up singers) had to be perfectly balanced and ready for the Thursday morning rehearsal. It was Ian’s job to see that this was done and take the tapes to the studio for the 8 or onstage rehearsal Thursday morning.

Sometimes, Julie and/or her guests intended to record a song during their "live" studio performance on Friday, but even when they intended to do that, the orchestra tracks were all pre-recorded on Wednesday. Then, at ABC, one or more of the musicians would play live with the singers.

Mr. Fraser says that the quietest day of the week for him was Tuesday. Even on Fridays, when his job was basically done, he was always at the studio, working. He was present for the Thursday rehearsals and Friday tapings, which went from the morning until  and sometimes into the wee hours of the morning.  On rare occasions, he also appeared on camera, playing piano for Julie.

“Julie was amazing,” he said. “She kept her energy up throughout.” Still, the show was extremely exhausting and as Mr. Fraser intimated, Julie wasn’t sure, if the show was renewed for another year, whether she could keep up that level of work.

Ian Fraser is not sure when or how he heard that the show was canceled. That was a sad day for everyone involved, but in the long run, he says, it worked out just as well. Julie was given a series of specials which she was able to do in her own time, without the pressure of producing a weekly show. She was also able to tape these specials in , where she was living at the time.

Over the years, in addition to his prolific work as a conductor and composer, Ian Fraser has continued to work with Julie Andrews. Following The Julie Andrews Hour, he was musical director for her two Christmas albums and  five television specials in .  In the 1990s, Mr. Fraser also filled the role of conductor for Ms. Andrews’ return to Broadway in Victor/Victoria. He also composed the music for Dame Julie’s narration of her children’s book, Simeon’s Gift.

Ian Fraser has been nominated for twenty-three Emmy Awards. He has received eleven Emmys, including for the 1993 52nd Presidential Inaugural Gala, The Sound of Christmas(Julie Andrews) and Baryshnikov on Broadway. Mr. Fraser has worked with a wide range of musical artists from Placido Domingo to Christina Aguilera. His collaboration on the duet, Peace on Earth for Bing Crosby and David Bowie is one of the most popular ever and sold over two million copies.

I would like to thank Ian Fraser for taking time to speak with me and for preserving something of what it took to create The Julie Andrews Hour.

If you think The Julie Andrews Hour should be released for the public on DVD, along with music releases of Julie and her guests, please e-mail a polite request:  dan.gopal@itv.com
If you prefer, please write: Look for ITV studios in London or California.
All Photos are for entertainment purposes only
To see a complete list of Julie Andrews Hour blogs with links back to this site,
http://www.JulieAndrewsHour1972.com