It had been a long wait. Finally, Steve Lawrence came out and started talking to the audience. He told us a story about the early television shows. Then, Julie and Angela came out. They all sat down on the lemon yellow and white wicker furniture for the “Getting to Know You” segment and drank tea. Something struck Julie funny and she laughed and laughed.

“Oh, excuse me. I don’t know why, but that seems so funny to me,” she said.
For the taping, both Julie and Angela spoke about their Broadway experiences. They also spoke about songs that had been taken from one show and put into another. Julie’s song was “Say a Prayer for Me Tonight,” which had been taken from Lerner and Lowe’s My Fair Lady and put into their film, GiGi. She sang it so beautifully. 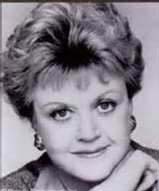 Angela Lansbury had a wonderful song called, “I Don’t Want to Know,” which came from Dear World, a musical version of The Mad Woman of Chaillot, with music and lyrics by Jerry Herman:

If music is no lovely,
If laughter is no longer lilting,
If lovers are no longer loving,
Then I don’t want to know…

The first time she sang it, I thought she was straining and it did not seem that wonderful to me. “She can really sing,” said.

The director then had Julie and Angela do their talk all over again. After that, Julie had to sing her song over and over again, though it seemed perfect. Then, they came back to Angela. I thought she would do better to stand, but in the long run, I have learned a very important lesson from her.

Audiences must be open to receive from performers and not overly critical (something that happens to young students who want to analyze everything). That means the performer must have something open about him or her too. A person in the audience cannot receive something from the performer that he does not already have within himself. Another words, the performer brings out the audience’s own emotion and past memories.

When Angela Lansbury sang this time, I forgot about her voice. She sang for us, for the moment. As she sat simply in her chair before us, she built the song to a level that was breathtaking. It was a performance that I have never forgotten and which inspires me to this day.

Around this time, suddenly noticed a man whom I had seen several times at the studio.
“My God, I’ve never seen him that way before.”
“What?”
“There are only three men in the world who make my heart stop: Bobby Goulet, my ex-husband and him. I must keep calm… Count! My mother told me to count … one, two…. Um I forgot how to count.”

I thought she was kidding, but as I looked at her, her face was pale, slightly blushing.
“What if you were working with him in a movie,” I asked.
“I couldn’t. I’d die.”

Looking back, I was so young and innocent, there was a lot I didn’t understand or catch on to. Only now, reading these notes forty years later, do I see all the implications of what people said. I can only say that over time I have learned power can be a great aphrodisiac.

“Bobby kissed me when we were here,” told me.
I think my mouth must have fallen open. I looked at her.

“I was sitting right here with another woman and he was talking to her and they called him up on stage, so he kissed her, and I said, “What about me?” So he leaned over and kissed me on the forehead. He and Carol Lawrence are separated a lot of the time; their careers go in opposite directions. He’s just an affectionate man and he gets lonely.”
continued on with her story about things she had heard on the set, which I dare not repeat here. I’m not even sure how accurate they were or how accurate anything she told me was. In time, I would learn to doubt a lot about , but at the time I was quite in awe of her. She had worked on television and in film and seemed to know her way around. In my eyes, she was doing what I wanted to do and I was eager to learn from her. I was also glad to have someone to talk to.

“People often get attracted to one another working in a show, don’ they?” I asked.
“Oh, yes…” The story went on. Then, abruptly, she changed the subject.

“I’m going to get my children those yellow folders that they use for scripts here with “Julie” on them. I can leave the name on for my oldest daughter. I know where they make them. Sharri doesn’t keep her scripts so she has given me hers along with some of the production schedules.”

At this point, got up abruptly and went to speak with Blake Edwards' parents again. Meanwhile, I decided it was time to take a walk and headed for the rest room, which was on the other side of the studio. Along the way, I noticed Vivian, Patty and the rest of the girls sitting in the first row center of the last section, just above the walkway.

“We’re ordered to stay here,” Patty told me. “We were put here especially.”
“Can you move down closer as the audience leaves?” I asked.
“You’re kidding!” she said.
“No…” I didn’t fully realize the seriousness of the situation.
“Do you know about Sharri’s operation? How is she?”

I told them I didn’t know anything about it. The girls wanted me to sit with them and talk, but I got so nervous being seen with them that I wanted to get away.
“Goodbye,” I said. “I don’t know you.”
“Wait, will you ask Claire Priest if she’s angry at us?”
“I don’t know you,” I said, walking away.

When I told what they’d said, she advised me to stay out of it. “If you ask, you’ll be in trouble too,” she said.  The next time I got up, I went outside and found all the pages standing around, talking. Seeing Bill, I went over to say hello.
“
You’ve forgotten me, haven’t you?”
“No, I remember you. We met in front of the . How are you?”
“Fine, or I was until we got put out. Do you know what it’s all about?”

I should have kept my mouth shut, but I was overflowing with feelings and wanted someone to make me feel better. Bill had some things to say that I didn’t like hearing.

He tried to make me feel better by blaming it on others, but it didn’t work.
“I like the rehearsals better than the shows,” I told him. “How long have you been working at ABC?”

“Two and a half years. I don’t care about the shows. I just like working at a studio. I feel sorry for you kids. You’re real troupers. We get tired of being here until all hours and yet you stay. You come every week and stick it out. You’re not even getting paid. I really admire you. But there’s nothing we can do about the situation. That’s just how it is.”

Once again, I should have kept quiet, but I went inside and told what I’d heard. Now, she was upset, too.

“I don’t know what I’d do if I couldn’t come anymore,” she said. “I never say anything and I don’t bother anyone. The guard doesn’t even stop me anymore. I haven’t got any family here,” she wailed, “Nothing to do in my spare time. I get tired just looking at four walls.”

More restless than ever, I got up and asked Vivian to take a walk with me. We walked to the other side of the studio, away from the other girls and I told her what I had heard. She didn’t want me to go back to my seat, but I was nervous about being seen with her, so I went outside to calm myself down. 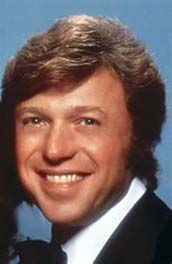 After he moved away, I sat down in my seat and apologized.
“I didn’t’ know you were talking to him.”
“Well, I was.”

A few moments later, Steve Lawrence stood directly facing us and sang one of his greatest hits, “More.” I smiled at him and he smiled back. Like his wife, Eydie Gorme, he’s a real entertainer. He was going to sing some more songs for the audience and answer questions, but he was called away.

At that point, executive producer, Nick Vanoff, turned the monitors into televisions. He put the Burt Bacharach special on one and had Shang-ri La playing on another.  Then, he sat back in his chair, put his feet up and watched the show. It seemed funny to be watching television in the studio where they were filming a television show. Relaxing in his chair, the producer looked like he was at home. When a commercial came on the screen, he yelled, “Oh no!”

Now, after three hours of makeup, Rich Little came out onstage made up as . From the audience, he almost looked like her except for his arms which were definitely a man’s.

Meanwhile, kept talking about her daydreams.
“I call them fantasies.” She told me she had dreams of old movie stars like Clark Gable, Cary Grant and Humphrey Bogart. I found that interesting because I thought I was the only one who loved old stars so much, but ’s dreams went far beyond mine.
She also told me a rather interesting experience she’d had.

“One day I was walking home with groceries… and this car pulled up along side me. I never look if cars pull up beside me… but then I heard this voice say, “Going my way, sweetheart?” It sounded just like Bogie and I nearly fainted in the street because for a minute I thought my fantasy had come true and that it actually was Bogie. When I looked, it was Rich Little! It turns out he lives only a few blocks away from me.

When Rich finished taping his segment as , there was another break, so I went outside to eat my orange. While I was out there, a lady who was sitting in front of us came out and introduced herself to me. She told me that she and her husband are friends of Robert Goulet’s and had been there the previous week and spent most of the day in his dressing room.

“Can’t your girl friend shut-up?” she said. “I felt sorry for you after the first few minutes.  She shouldn’t be saying those things about Robert Goulet. People were listening.”

I didn’t know what to say. After the woman spoke to me, she went back inside. A few minutes later, I followed her.

Coming Next... more on The Julie Andrews Hour with guests...Angela Lansbury and Steven Lawrence....

A list of all blogs with links back to this site can be found at:

All photos in this blog are for entertainment purposes only.