Alice Ghostley first worked with Julie Andrews in 1957 on the television presentation of Rodgers and Hammerstein’s Cinderella. Of course, Julie was Cinderella and played, Joy, one of the wicked step-sisters. The other step-sister was played by Kaye Ballard. In any case, Julie and Alice hit it off. Fourteen years later, when looking for a female side-kick on The Julie Andrews Hour, Alice Ghostley seemed the perfect choice.

She was born Alice Margaret Ghostley on , in Eve, , where her father worked as a telegraph operator. Later, the family moved to where graduated from high school and then entered the .

Alice Ghostley did not last long in college. She wanted to be in theatre and left school to do so. In 1952, she appeared on Broadway in Leonard Sillman’s New Faces of 1952. In 1954, she appeared in the film version of the show along with Eartha Kitt and Carol Lawrence. 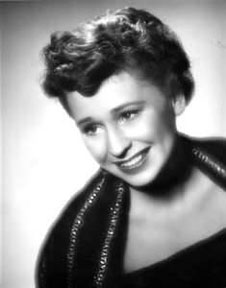 Although Alice Ghostley is mainly known for her work in televison, she continued to work in theatre throughout her career. In 1960, appeared in the revue, A Thurber Carnival, and, in 1962, received a Tony nomination for her role in The Beauty Part. Three years later, she won the Tony Award as Best Supporting Actress for her role in The Sign in Sidney Brustein’s Window. In 1978, Ms. Ghostley appeared on Broadway again when she replaced Dorothy Loudon in the role of Miss Hannigan in the musical, Annie.

Alice Ghostley began working in television quite early. Perhaps her best known role was that of Esmerelda in Bewitched. On that show, which ran from 1968 – 1972, she played a shy witch who worked as a maid and babysitter. During this same time (1970 - 1971), she also appeared on  Mayberry R.F.D., playing Cousin Alice. Directly after the Bewitched series ended, Alice Ghostley went to work on The Julie Andrews Hour.

Julie and Alice seemed to have a similar sense of humor and played off each other well. In one series of sketches on the show, played the disgruntled roommate, who watched Julie get all the men and achieve everything she tried without effort, including: learning scripts and foreign languages, sewing her own clothes and even making moosemeat dip. The difference between the tall, beautiful Julie and Alice, who was shorter and not the pretty one, made for a good contrast and allowed the audience to laugh at their antics, all in good fun.

Alice Ghostley played a lot of comic scenes on the show, which she did brilliantly. It was difficult not to laugh when she said her lines. But Ms. Ghostley was also a fine dramatic actress with musical comedy ability as well. One of the most surprising scenes she performed on the show was with a completely serious Don Rickles; there was not one laugh in the scene. Together, the pair performed “Do You Love Me,” a song from Fiddler on the Roof in a way that was quite touching.

When Julie Andrews spoke of Alice Ghostley on the show, she often referred to her as “a dear, sweet lady.” was a very nice, friendly person with no airs. She came to the studio, did her work and, during breaks, sat in the audience (when there was no audience) waiting patiently for the next scene.

During the 1980s and 90s, Alice Ghostley continued to work on various television shows. She also appeared in the films, Grease and Adams Family Reunion. In 1992, she received an Emmy nomination for her role in Designing Women.

Sadly, Alice Ghostley passed away on September 21st, 2007. She is greatly missed. 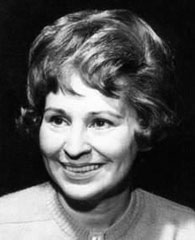 All photos show here are for entertainment purposes only.

To see a complete listing of Julie Andrews Hour blogs with links back to this site, please visit:

Posted by Michelle Russell at 6:18 PM