It takes a great deal of talent to make a show. From time to time, this blog will pay tribute to some of the fascinating people who helped to make The Julie Andrews Hour the show that it was.

Born on in , John Bansley Aylesworth left high school before graduation and went to work as an advertising writer. It was during this early period that he met Frank Peppiatt, a writer he would continue to work with throughout his career.

As quoted in Wikepedia, Aylesworth’s wife later recalled that John and Frank “were total cutups in the agency.” Because of this reputation, the two men were invited to come to work for the Canadian Broadcasting Company, where they wrote sketches for a late night variety program called After Hours. The Big Revue, was another show they wrote for during this time. They also appeared on it as performers. While working for the CBC, John Alylesworth created a game show on current events and history called Front Page Challenge. This show ran from 1957 to 1995, an amazing period of time!
﻿
Frank Peppiatt was born in on . He was educated at Lawrence Park Collegiate and The University of Toronto.  It was while working at the MacLaren Company that he formed a friendship with John Aylesworth. Both men had the attitude that life didn’t have to be dull, so, with their great sense of humor, they had fun at work.

Although they spent some of their time performing on television, in late 1957, both decided to discontinue their work as performers and concentrate strictly on writing. Around this time, Frank and John went their separate ways. Frank Peppiatt traveled to the where he found a job writing for Steve Lawrence and Eydie Gorme.

In the fall of 1958, Peppiatt was hired as a writer for The Steve Allen Show. At that point, John Aylesworth moved to and joined him working for Allen. After Aylesworth and Peppiatt took a job writing for The Andy Williams Show, the two men went on to write for many important shows: The Bing Crosby Special, with Perry Como as a guest, The Judy Garland Show, Kraft Music Hall and Your Hit Parade. They also wrote for some of the top comedians and celebrities in the business: Herb Albert, Jack Benny, Jonathan Winters, Phyllis Diller, Rock Hudson, Dinah Shore and Groucho Marx. In the future, they won the Peabody Award for Frank Sinatra, A Man and His Music.

After seeing the country banter between Charlie Weaver and Jonathan Winters on The Jonathan Winters show, Aylesworth and Peppiatt came up with the idea for Hee Haw. While working with Steve Allen, they had likely already met Nick Vanoff and Bill Harbach. With Hee Haw, they connected with Nick Vanoff again and met director Bill Davis. All this led to their being hired to work on The Julie Andrews Hour.

During the years, from time to time, the two men went their separate wasy as far as work was concerned. Frank Peppiatt returned to his acting roots with several appearances as Admiral Frank Borkman on Petticoat Junction.

In 1973, John Aylesworth and Frank Peppiatt would receive and Emmy nomination for their work on The Julie Andrews Hour.

http://www.broadcasting-history.ca/index3.html?url=http%3A//www.broadcasting-history.ca/personalities/personalities.php%3Fid%3D400
Of course, with all the shows, guests and co-stars, it took more than two men to write all the material. Aylesworth and Peppiatt brought six other writers onboard to work with them. Here is a little about these writers.

Jay Burton, a comedy writer, was born in in 1916. He got his start after writing three pages of one liners and submitting them to Bob Hope.  Hope hired him as his youngest writer. In the following years, wrote for Milton Berle, The Dinah Shore Show, The Hollywood Palace, The Perry Como Show, The Dean Martin Show and others.

George Bloom, another Canadian, came to work on The Julie Andrews Hour after working on The Hollywood Palace (1966 – 1969) and The New Dick Van Dyke Show (1971). He would go on to write scores of shows and film scripts.

﻿
﻿ Bob Ellison was a screenwriter and, eventually, a television producer. At the time of The Julie Andrews Hour, two years earlier he had written the script for Another Evening with Burt Bacharach. After the show, he went on to write for the Mary Tyler Moore series.

Hal Goodman was born on in . He wrote for The Jackie Gleason Show in the 1950s, The Red Skelton Show, and along with more dramatic series, The Tonight Show starring Johnny Carson.  Immediately preceding the time he worked on The Julie Andrews Hour, he wrote for The Jerry Lewis Show (1968) and The Carol Burnett Show (1970).

Larry Klein began his career in the 1950s, writing for The Red Skelton Show, Playhouse 90 and The Frank Sinatra Show.  During the 1960s, Klein wrote for Harry’s Girls, Invitation to a Gunfighter, The Jerry Lewis Show and The Carol Burnett Show. His last job before going to work on The Julie Andrews Hour was Flip starring comedian Flip Wilson. In the 1980s, Larry Klein went on to write for The Tonight Show Starring Johnny Carson. IMDb states that since the 1960s, Larry Klein had a long time friendship and business association with Dick Clark. 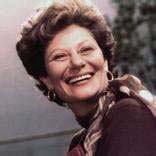 Lila Garrett – Lila was born Lila Paris in on . After a number of smaller jobs, which included Beatle Bailey, Krazy Kat, Snuffy Smith and Barney Google, Lila went to work writing for the very popular, My Favorite Martian. That year, 1965, she also wrote for The Smothers Brothers, My Mother the Car, and had the distinction of writing an episode for The Lucy Show. Other shows she worked on during this period were The Family, Get Smart and Petticoat Junction, where she may have met Frank Peppiatt. The late 60s and early 70s included The Courtship of Eddie’s Father, Love American Style, The Nanny and The Professor, My World and Welcome to It, The Barefoot Executive and Bewitched.

In 1972, while working on The Julie Andrews Hour, Lila Garret also worked on The Sandy Duncan Show ( was also a guest on Julie’s show). Eventually, she went on to Maude, All in the Family, Barney Miller and The Nanny, among many other shows and films. As listed on IMDb Ms. Garret is also an actress, director and producer. Today she hosts the radio program, Connect the Dots.

As is clear, these writers with their vast experience were able to create some very funny sketches and lines. Of course, now and then, the performers came up with their own lines!
****

Coming next - Episode 7 - with co-stars Diahann Carroll and Phyllis Diller!
Posted by Michelle Russell at 4:46 PM